Our adventure in Southeast Asia started and ended in Bangkok, mostly because of the flights we were able to get. Two different friends, however, told us they hadn’t found much in Bangkok worth seeing and suggested we not waste time hanging out. We decided to give ourselves a little bit of time there anyway- and I’m so glad we did! We set up camp at a Hilton on the Chao Phraya River and had a pleasant, short visit to Thailand’s capital city. 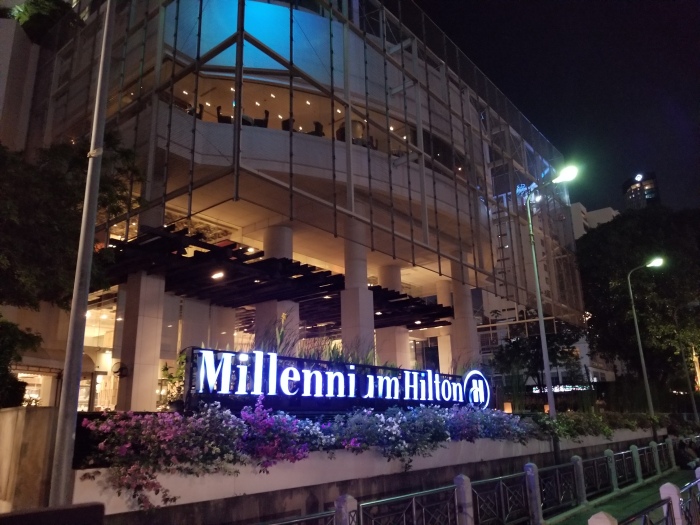 The Millennium Hilton was a great place to stay- beautiful hotel with a great top floor restaurant overlooking the river. Right next door was Icon Siam, one of the biggest, most luxurious malls I’ve ever seen. We enjoyed strolling through it on two different occasions. The first floor was like a food hall at a theme park, with a huge variety of restaurants and intricate theming. One of the higher floors housed a movie theater, another dozens of offices.

There were regular shops like I would see in any mall right alongside top luxury brands that I would never shop for. Some of the oddest that we found were the car dealerships, for companies like Porsche and Maserati, up on the fourth and fifth levels. We smiled at the sight of a Toys R Us, which had recently closed all of its stores in the US, and we clapped along to an impressive performance by a group of dancers on the lower level.

Even the bathrooms were colorful and bright, fitting right in with the over-the-top theme and design. I certainly wasn’t the only one taking a photo of the benches that looked like paint pots. We didn’t buy anything at Icon Siam, just enjoyed walking through and taking it all in. We did have drinks at the outdoor terrace restaurant a few levels up and took in beautiful views of the city and river. This was just right down the road from our hotel so it was a really nice way to decompress after a long day of touring. 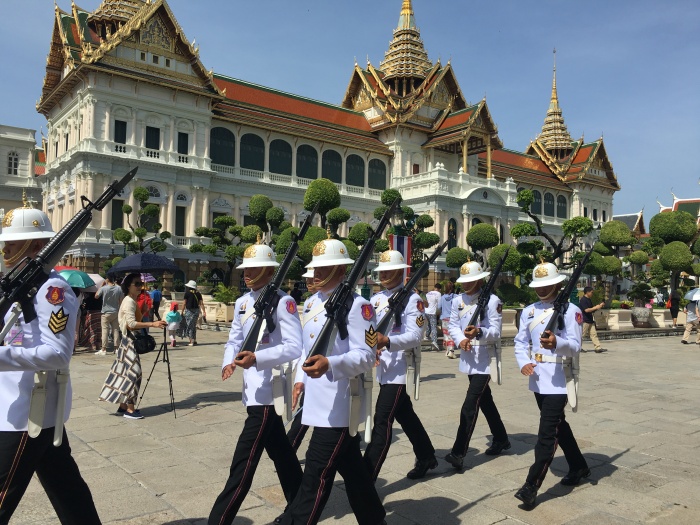 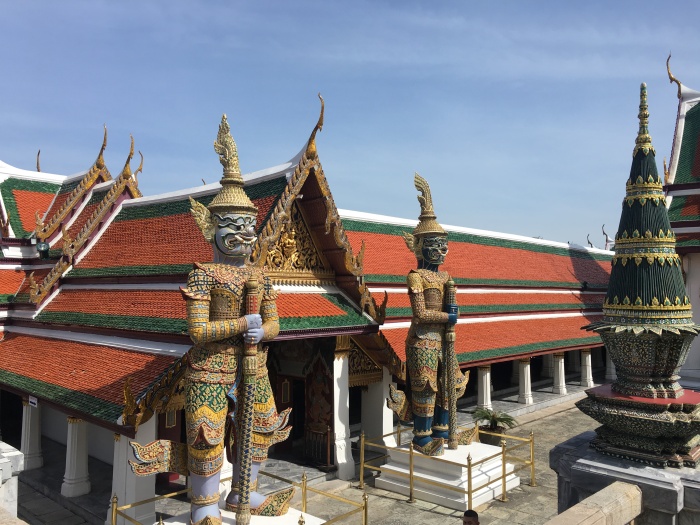 We started our day of touring at the Grand Palace. Though this beautiful space is not the king’s home anymore, it is still used for ceremonies and other happenings while being one of the top tourism destinations. It is a wide and sprawling complex, with many different buildings and courts, some of which are still off-limits to the public. The famous Emerald Buddha resides here in a temple called Wat Phra Kaew.

Another spot that we visited was Wat Pho, or the Temple of the Reclining Buddha. This Buddha is one of the largest Buddha statues that exists in Thailand. Because it is displaying in a somewhat narrow room, it is actually difficult to truly grasp the size of it, and it is nearly impossible to get a photo that encompasses the whole thing. This was definitely a highlight of our Bangkok itinerary!

2 thoughts on “Bangkok by the River”

We found some much needed inspiration during our walk today ❤
Doing some cleaning and found a Latin test I took in 2004. My teacher was hilarious and also awesome.
Social distancing is hard, but we can do it together (apart). Technology is a gift, use it ❤💻😎
Happy 3rd birthday to this little ray of sunshine (who loves cake more than he loves photos). Thank you for helping us find the light when the world seems dark 🐕🎂❤🌞
Fresh air, for the win 👫🌁🐕
Lovely day with lovely ladies celebrating Megan and Chad's engagement! 💍🥂